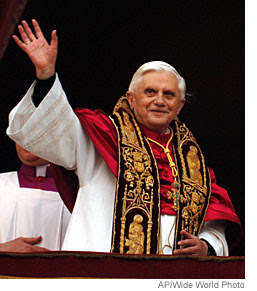 “Is the Pope Catholic?” is a sarcastic response to what seems to be a rhetorical question, but the answer to the question “How Catholic is Italy?” is not quite so obvious. In Professor Jim Schwarten’s Contemporary Italian Culture and Society, students attempted to answer just that question by compiling a questionnaire to poll Italians about Catholicism. The actual administration of the survey to Italians around Perugia gave the class members a chance to use their language skills, and approach members of the community. The results were very interesting.

The survey showed that more men reported being non-practicing Catholics (44.6%) than females at (17.7%). More men (42.2%) than women (22.2%) believe that the Catholic Church should not intervene in social affairs such as de facto couples, and gay marriage, etc. Most people polled, men (39%) + women (29%) totaling 68%, believe that the Church’s place in society is best served in creating solidarity for the needy–a finding that generally reflects a recent IPSOS poll.
A result the class found that seems to contradict previous findings is that 29% of women believe that Catholicism and such divinatory arts as card reading, palm reading, or astrology can coexist, whereas 40% of men believe they cannot. As a whole, the polling experience was a positive one for the students and the results allowed for the students to give some serious thought as to how Catholic Italy really is.