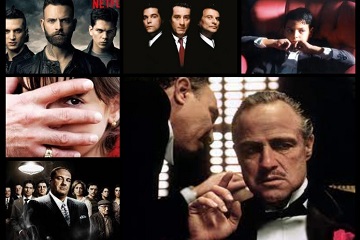 FLM 370 - The Mafia on Screen: Cosa nostra in Italian and American Cinema

This course will study how mafia and organized crime are presented in Italian and American cinematic texts. The course will examine the different expressions of the crime film genre, which dates back to the beginnings of filmmaking, focusing on the technical, visual, and aesthetic aspects of crime films. Through a systematic study of canonical Italian and American films, students will become familiar with the narrative codes and conventions of the genre and analyze how various writers and filmmakers adhere, diverge, or evolve from the established codes. The latter part of the course will be dedicated to new expressions of the genre, the made-for-small screen series (TV, Netflix) and theoretical discussion will consider the shift in audience preference from feature films toward series that has taken place over the last two decades.

This course will provide students with no previous experience in film and media studies with the tools necessary to analyze films: basic cinematic techniques (shot, camera movement, cinematography, editing, sound) will be reviewed, and more advanced issues in cinema analysis (narrative, performance), as well as core critical concepts (especially genre vs. auteur theory), will be introduced and applied when analyzing specific films. Students with previous experience in film and media studies will work on independent projects delving deeper into theory of film.

This course does not repeat material studied in Mafia and the Environment: The Fight Against Organized Crime and taking both courses concurrently will provide a comprehensive overview of the issues of organized criminality.