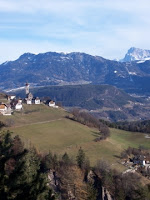 In order to satisfy the urge to drink hot chocolate in the mountains, Emily Strup, Elyse Akhbari and Hannah Fenlon decided to take a trip to Bolzano, Italy, home of the Dolomites, a German-Italian population (complete with strange accents) and Oetzi the 5,000 year old ice man. Without much of a plan in mind, the girls took off for Bolzano on a night train from Perugia, bringing along all of their jackets, scarves and gloves.

Upon arrival, after walking around the little resort city and trying to decide whether “Gutentag” or “Buongiorno” was appropriate when entering a cafe, they took a 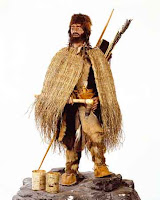 somewhat terrifying bus ride into the mountains for some breathtaking Heidi-esque views and a run in with the “Earth Pyramids”, some of the area’s natural wonders. Later that day, after many joyous rounds of “Climb Every Mountain,” the trio visited the South Tyrol Archaeology Museum to meet Oetzi the iceman, a mummy discovered in 1991 by hikers in the Bolzano area. Though Oetzi’s story was interesting, the man himself wasn’t too friendly, noted the group. Elyse was pleased, however, to find that she and Oetzi were the same height.

The rest of the Alpine expedition was spent trekking along a beautiful river to the Runkelstein castle, experiencing vertigo on a funivia and dining on pretzels and other popular delicacies of the area. All in all, despite headaches received from listening to a new dialect and the subjection to mountainous temperatures, the trip was deemed a success. The only thing missing was a good pair of Liederhosen.