Are kids too pressured to “succeed”? Lauren’s insight from the MPP program 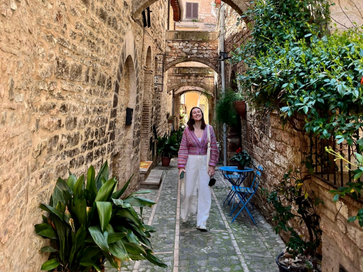 As a student at the Umbra Institute, I was introduced to learning through a new lens. Reading textbooks and taking tests were not part of the curriculum, because my professor understood the beneficial impact of collaboration, internal reflection and involving creative play-like aspects into the classroom. The Multicultural Psychology Program (MPP) gave me a place to challenge my socially constructed beliefs of human nature, and develop a sense of what people and especially children need to be successful, but also happy in life. This blog integrates Peter Gray’s thinking about childhood creativity and my own childhood experience to show the importance of kids needing to act like kids.

Like most young kids growing up, I too was wildly creative, or so I thought. I was in parent-child music classes before I could talk, playing the piano before I started kindergarten, and playing the cello in third grade when it was a foot taller than me. I loved playing music because it was what I was trained to do. I was good at it. It was also the only creative outlet that my parents supported. I continued to play the cello throughout middle school, I joined an honors orchestra when I went to high school and finished high school playing in the San Diego Youth Symphony. These accomplishments are accompanied by memories that I wouldn’t trade for the world, but there’s a catch. By the end of high school, I realized that I had just devoted 12 years of my life to something that I didn’t love. Somewhere between the daily practice, bi-weekly lessons, weekly rehearsals and quarterly performances, I lost the creative passion for playing music that once filled my life with joy. It is sad to say that most young adults can probably think of a passion in their life that they fell out of love with because of a build up of external factors. For me, it was the amount of pressure my family put on me to succeed, as well as the demanding and overly structured nature of my adult superiors, that eventually made playing the cello an unwanted responsibility.

Author Peter Gray in the book “Free to Learn” offers insight into how developing children in today’s society lack the freedom and adventure that older generations remember as their childhood. Gray describes one absolute truth about mental illnesses – “they correlate strongly with people’s sense of control or lack of control over their own lives.” Young people are not allowed to express their creativity in the ways that make them feel alive. I used to love playing songs from musicals and pop songs that I would hear on the radio. I would practice those for hours on end. I even joined a string quintet where all we played were songs from Disney movies. I had the most fun playing the cello in that one year than ever in my life. While I was completely content with playing fun music, this did not meet the expectations of my family, teachers and conductors; and so I played Bach, Haydn, and Dvorak. Parents and teachers today want their children to succeed so much that they feel obligated to guide these kids into specific skills and interests that will give them the tools to be great later in life. This is a great idea to an extent, because kids should not be giving up their excitement for life, to make their parents feel like they are doing the right thing.

The streets, in the eyes of parents, are getting more dangerous and the universities are unarguably getting more selective. The current response to these issues has been to replace outside play with increased use of technology, and to increase the importance of standardized test scores. It is no coincidence that kids and teens have outrageously high rates of anxiety and depression. Their childish creativity, imagination and curiosity is being sucked out of them by demanding school systems and overly eager parents, and replaced with anxiety and a lack of independence.

Gray’s theme throughout the book is that kids have inherent drives to be creative, to play, and to be independent. When those drives are supported, kids learn about the world and about themselves in ways that define their future. Now, it’s not likely that I would have been the next Yo-Yo Ma if my parents and teachers hadn’t pushed me so hard to play the cello, but because of my internal motivation and love of music, the external pressures to excel reduced my feelings of the control and freedom I had over this hobby of mine. There is a level of pressure that is helpful when trying to succeed, and some people are able to reach great success when put under immense pressure, but passion and creative enjoyment are things best developed through intrapersonal motivation. 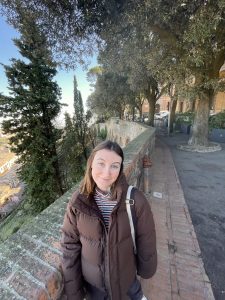 Lauren Weber is an undergraduate student at the University of Colorado Boulder. She will graduate in 2023 with a major in psychology and minors in business and sociology. Lauren is passionate about helping those in need and plans to pursue a career in Nonprofit Management post graduation. She also loves to hike and camp, and hopes to visit all of the National Parks in the US.