Secrets of the Peninsula 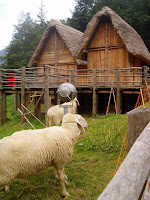 When you think of Italy, what do you see? Most likely, images of Tuscany, of Rome’s ancient ruins or of Venice’s Grand Canal, of Florence’s Duomo or Milan’s sprawling fashion district. And granted, these sights and places are spectacular in their own beautiful right, but there’s so much more to Italy, so much more to discover for those willing to stray from the proverbial beaten path. 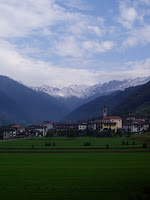 Last weekend, Umbra students Cassie Shepherd and Colette Kopon opted for a different sort of Italy, to travel to a part of the peninsula rarely seen on the standard post-card. Where to? A small, small town called Bezzecca secreted away somewhere in the province of Trento, in northern Italy. “We wanted to go somewhere we had never heard of before, somewhere where there wouldn’t be any tourists…” says Cassie. And that’s exactly what they found! 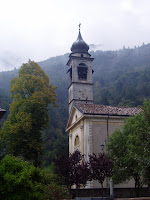 The first of the girls’ three day excursion into the Italian unknown was spent exploring Lago di Ledro (or Ledro’s lake), literally in the middle of nowhere. “It was really nice, though, to find a place where people expected you to speak Italian, where customs hadn’t become too mainstream or tourist-centric…” After passing a tranquil night in a tiny inn, Cassie and Colette spent day twoperusing Bezzecca’s local fair, whose attendees, aside from two Umbra students, were completely Italian. Yet despite being relatively small in scale, Bezzecca managed nonetheless to put on a good show, with blacksmiths, cheese-makers, and even a horse and cow auction (in cas
e anyone’s in the market).

From the fair it was into the surrounding mountains, where the girls wandered which ever trail caught their eye. And even though the girls had some “difficulty”, shall we say, in navigating the paths back toBezzecca, the views and panoramas were unforgettable. All in all, it was a beautifully atypical weekend…