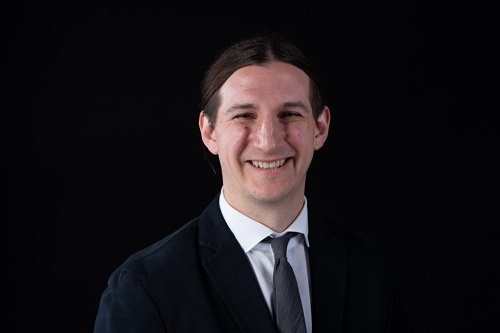 The Umbra Institute is welcoming back longtime staff member Zachary Nowak back to Perugia—now as the new director. Nowak started working at Umbra in 2005 as a study services assistant. After learning the ropes helping professors attach their laptops to projectors (these were the pre-wifi days) and chaperoning field trips to Florence, Nowak became the Special Projects Coordinator, working to create co-curricular workshops and field trips that were integrated into the Institute’s academic offering.

This was useful training in community-engaged learning and curriculum development that later led to one of the Institute’s signature academic offerings. After completing a Master’s at Middlebury College, Nowak worked with his colleague Elgin Eckert to found the Food & Sustainability Studies Program in 2011. Nowak left Perugia in 2013 to start a PhD at Harvard University, though has for the last eight years continued to work for the Institute in academic development and US university relations. He earned his PhD in 2018, having added environmental history to his previous profile as a food historian. In the last three years, Nowak has taught for Harvard College while also working with his Perugia-based colleagues to revise Umbra’s food-related curriculum. He joins an academic team that will in the following months continue to build what is now called the Center for Food, Sustainability, & Environment as well as expand other curricular offerings. Nowak is a lecturer for the Harvard Extension School and continues to be active in the fields of food and environmental history.

“It’s fabulous to be back in Perugia, especially with a staff team that has worked so hard to make that even in this very particular semester, the students will have an experience that is both rewarding and safe—and, without a doubt, transformative,” said Nowak.